Do you know the difference and similarities between dahlias and zinnia? Discover Zinnia Vs Dahlia, the key differences between zinnias and dahlias as you read ahead.

If you are fond of plants, you probably know the amazing effect they have on people. Planting dahlias and zinnias is an enjoyable experience.

However, identifying them both for their differences is a must.

What Is A Zinnia Plant?

Zinnia belongs to the Asteraceae family. Some other plants that belong to this family are daisy, dahlia, aster, sunflower, ad chrysanthemum.

This plant is known for its bright and lovely flowers that consist of many petals. These flowers are found in different color shades like reds, oranges, pinks, purples, and oranges.

Zinnia plants are commonly native to the Southwest of the United States. However, it is not hard to grow zinnia plants anywhere.

These plants are admired by gardeners due to their resistance to hot weather, and easy plantation of the Zinnia seeds.

The name Zinnia is due to a popular German botanist who was named Johann Gottfried Zinn. 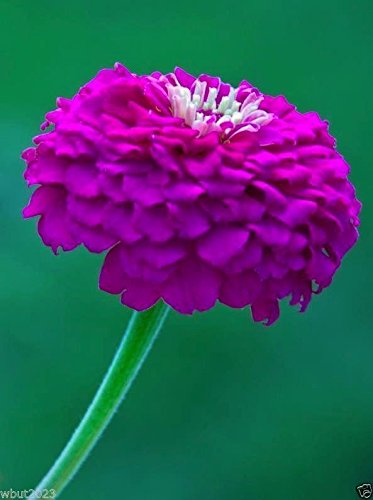 In 2016, there was a Zinnia plant that managed to blossom in zero gravity. It was on the International Space Station, and yet it blossomed. It was the first flower ever that grew in space.

Dahlia is part of a family named Asteraceae. Dahlias have lovely cut flowers and thrive in moderate and moist climates.

Unlike zinnias, dahlias do not grow well in very hot climates. These plants help brighten up a garden. Dahlias are known as tender perennials and are also found in the much colder climates of North America.

Read– What To Plant With Zinnias

You can take them indoors so that they can survive the chilly winters in a better way. 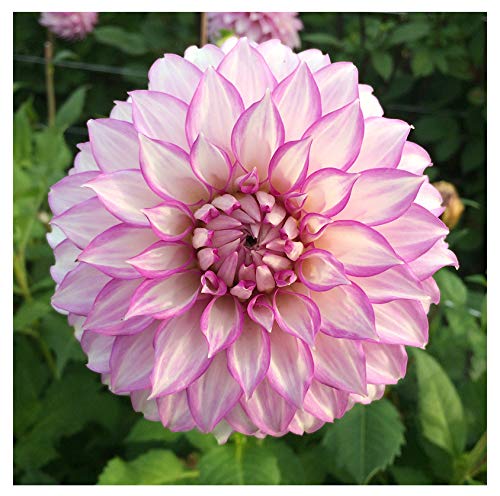 The Key Differences Between Zinnias And Dahlias

There are some important key differences between zinnias and dahlias.

Both these flowers belong to the family of sunflowers and have a similar look. They have blooms that are made up of a lot of smaller flowers that come together to form a larger head.

Due to the appearance of dahlias and zinnias, many people think of them as the same. However, there are some differences that can set them apart.

Some key differences between zinnias and dahlias are mentioned below.

1. The Size Of The Flowers Can Be Different

If you take a look at both flowers, you may get confused between them. The first sign that indicates a difference between both is the size of the flowers.

There are a lot of sizes when it comes to dahlia flowers. Zinnias have a lot of varieties in size, too; some are larger than others, while some are smaller.

You can look at the diameters of the flowers to know the difference between them. The zinnia flower has a diameter that can be as large as seven inches in total.

If you want huge flowers, you can go for a wide variety of dahlias. While zinnias have a large bloom, they have a bigger bloom due to their fourteen-inch diameter.

2. The Flowers Have Different Shapes

At first sight, dahlias, and zinnias may appear to be the same. However, as you look at them properly, you may learn of the difference in the shape of their flowers.

Zinnia flowers possess a more diverse shape than dahlia flowers. While the flowers of dahlia are larger and flatter, Zinnias possess a dome shape.

There are a few dahlia flowers that are almost shaped like a ball – however, they are flatter than the zinnia flowers.

When you first see both flowers, they may seem similar to each other.

The flowers of both plants – zinnias and dahlias–are absolutely stunning to look at, so you can not go wrong with either of them.

3. The Flowers Have Different Colors

Both dahlias and zinnias share many colors. However, there are many important differences between them.

Dahlia blooms are in several colors like purple, yellow, pink, orange, and red.

With zinnias, you may find them in colors ranging from white, off-white, yellow, lilac, gold, pale green, red, orange, and purple.

You will find different colored zinnia blooms, except black, blue, and brown. So, you can notice which plant it is with the help of the colors of the blooms.

If you want multiple color options, you should opt for zinnias. However, both flowers are exceptional in their own ways and bloom gorgeously.

4. The Difference In Height

When you are differentiating between dahlias and zinnias, you can do that with the help of height. These plants are based on different sizes and can be distinguished on the basis of that.

The height of zinnia plants usually ranges between six inches and fifty inches. On the other hand, dahlia can go taller than that.

At the minimum, these plants would grow to an average length of one foot. However, that is not all. These plants can extend up to six feet in length, which can be a source of differentiation between them.

The taller plants of zinnias blossom huge flowers, too. The flowers of such plants would be much larger than the zinnia flowers.

Anyone who is in search of massive blooms can easily opt for dahlias. However, if you want smaller and more delicate flowers at your disposal, then zinnias can work like a charm for you.

Similarities Between Zinnia and Dahlias

While they have their differences, the flowers of dahlias and zinnias are quite similar in many ways too. Both of these plants belong to the Asteraceae family.

The blooms of these flowers are combined together to form a huge flower head. These flowers possess petals that fall outwards and expand like the sun’s rays.

The flowers located in the central areas are disc-shaped. However, there is an absence of disks in some of these flowers.

Dahlias and zinnias have bright colors and various flowers, too.

Both plants help in making good bedding plants. They are also great for edging and borders and are excellent cut flowers.

1. The Arrangements of Petals and Flowers

In the semi-double petals and the single ones, the center part of the flowers is prominently visible. However, you can not see the center in the double flowers.

Dahlias have petals and single and double flowers. The semi-double and double-flowering petals bear a higher rate of petals than those belonging to the single petals.

2. The Various Colors Of The Flowers

Zinnias tend to blossom in pure colors. The others usually have a combination of different colors while blooming.

Zinnia is also not found in blue. However, there are more colors that they do not appear in – black and brown.

3. Shapes Of The Flowers

The basic outlines of both of these flowers are diverse.

Some shapes are more towards the circular side, while some are inclined dome-shaped and ball-shaped. While some dahlias possess ball-like shapes, they are flatter.

While they have similar outlines, their shapes may vary, with dahlias being flatter and zinnias being more dome-shaped.

The beautiful, brightly colored plants are a great addition to any garden.

You can opt for one of them as they are quite beautiful to look at.

With their gorgeous appearance and stunning colors, they can catch the attention of people quite easily.

Q: Are Zinnias The Same As Dahlias?

Zinnias and dahlias belong to the group of sunflowers.

They have some physical similarities. However, they are completely different when it comes to the flower parts.

Q: Is There A Plant Similar To Dahlias?

There are many types of flowers that look similar to Zinnias. Some might be familiar such as Marigold, Chrysanthemums, Roses, Daffodils and Thistles.

Additionally, some new flower families have been developed specifically for the looks of Zinnias and other species of lily.

Q: How do I identify dahlias?

Dahlias are a type of flower that typically have blue or purple flowers. They are also often called “The Flower of the Field.”

The flowers come in many colors, but blue and purple are the most common. They can be found growing in areas with a lot of rainfall.

Q: Does zinnia come back every year?

Yes, according to some gardeners this perennial has a propensity to come back every year.

Q: Are zinnias in the dahlia family?

Zinnias are a member of the dahlia family. This families has many different types of flowers that can be found in nature.

Some of the most common zinnias are the lily and dahlia.

Q: How long will zinnias last?

Zinnias are a type of lily that can last up to 12 years if kept in a standard pot or vase. A proper care for zinnias will ensure their longevity.

Zinnias are a type of lily that can multiplication. They are native to North America and typically grow in areas with warm weather.

The flowers bloom from late summer to early fall and can reach up to 25 inches in height.

Q: What happens if you plant zinnias too close together?

If you plant zinnias too close together, the plants may not get enough light and may die soon.

Q: What month do you plant zinnias?

Zinnias are a type of lily that are typically grown in the month of May.

Q: How do I keep zinnias blooming all summer?

If you’re looking to enjoy beautiful zinnias all summer long, there are a few things you can do to keep them blooming.

Here are some tips:-

1. Water zinnias regularly during the early morning and late afternoon when they are least active, when they need the most water.

2. Zinnias get thirsty during the hottest part of the day, so watering at these times will give them plenty of water to drink.

3. Make sure your zinnias have plenty of fertilizer every other week or so.

Q: Do zinnias do better in pots or in the ground?

Zinnias (Littonia zinnii) are one of the most popular plants for potting. They do well in a pot, but can also be grown in the ground.

The key to success with zinnias is to choose a soil that is healthy and has proper drainage.